Three Bitchin' Babes (With an Extended Cameo by B.B. Halle) Conquer Canada: A Tale of Camaraderie, Caffeine, and Apple Pie (Plus Lots and Lots of Beaver Jokes) or Help I Got Nature On Me....or..... GREATEST JOINT BLOG POST EVER

Help I Got Nature On Me

The greatest international BFF meet up since Yalta

I will leave it up to Cassidy’s superior blogging skills to recount the blow by blow details of her visit to Canukistan. Beginning with the strip search at Canada Customs....sorry was I not supposed to mention that?

By the way Cass also posted her version of events, mine is of course the one true version.
http://cassidysquest.blogspot.ca/2015/11/bffs-meet-up-at-last-aka-help-i-got.html

I want to deal with a couple of personal issues, the first being memory. I met up with Alice and Cassidy on Friday in Toronto. I took the GoTrain into Union Station which always brings back memories of my time working for BMO’s Cebra division on Yonge and Bloor.

The bank wasn't as exciting as my later career in automotive television but I enjoyed working in Toronto (Canada’s self proclaimed centre of the universe), the hustle and bustle...the great record stores.

Acting as tour guide I took the girls on an alternative tour of the city with particular emphasis on my old hang out of Queen Street East. The original hipster part of the city, rich with clubs, cool clothing, book and record stores back in my day.

It was amazing how little had changed. the first stop was Kops Collectibles, my fav record store that had reverted almost completely to vinyl, where upstairs you can still listen to 45s before you buy them. I think I even recognised one of the owners as he came over to speak to us. I am positive he didn't recognise me. 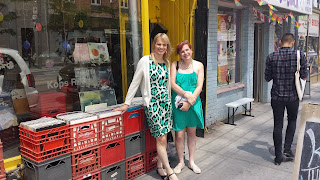 We also hit Sonic Boom and a great clothing store further down Queen called, where we discover our new favourite dress brand, StopStarring.

It was emotional returning to the place I spent my late teens early twenties. It was in the University of Toronto libraries that I would haunt the stacks for any book on transsexualism. I never found the one I that could have made a difference, Harry Benjamin’s, Transsexual Phenomenon. Instead I remained lost failing to recognise myself in the psychological texts that relegated our kind to a footnote on sexual perversion.

Mere blocks away up Spadina was Camh (the former Clarke Institute), given its prior reputation it was perhaps a good thing I never learnt of its existence back then.

It was as if I were travelling in time, the woman I am now walking the same streets I walked as a confused and angry young man. I remember passing by stores displaying fashions I could never dream of wearing, Like the hapless protagonist in Vonnegut’s Slaughter House Five, I felt myself break loose from the moorings of time. Like the layers of an onion past and present unwound leaving me emotionally drained.

Later we would visit my former home in Huntsville, where I had first become aware of my transsexualism (of course I didn't know that term back then, all I knew was that I wanted to be a girl). I hadn’t been back since I was seven. 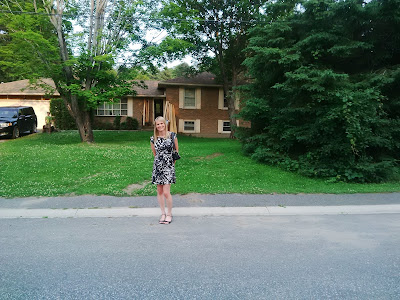 My heart ached for the younger me, the years of pain. I wanted to cross that boundary and tell me that I could save myself , to be brave, to live an unimaginable and seemingly impossible future.

OK back to the great international T-Central meet up. I had met Alice before when she visited to test drive a new Corvettes, so we had already bonded as sisters of blessed acceleration. 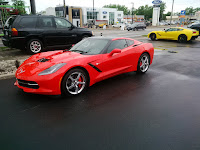 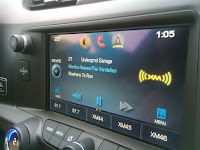 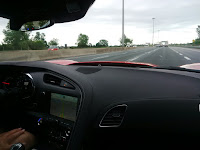 Cassidy and I have known each other for longer, dating back to the dark days of our early blogging career. Starting with frequent comments on each others posts to phone calls and endless pun filled texts we became best friends. Often we joked that we must be sisters and speculated on which parent had “strayed”.

Like any teenage girls (despite our advanced ages we are in our second adolescence whether we want it or not) we have had our falling outs and making ups.

Because of work and family commitments I could not meet Cass at the airport, that honour went to Alice (thank you for all your driving!!!).
More suitably for our shared interest in all things retro we met at Toronto’s grandest building, Union Station on Friday morning. 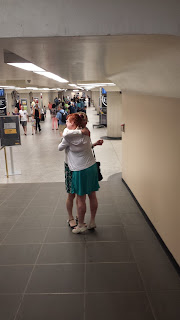 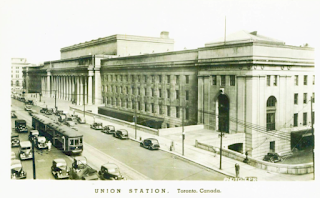 The girls had stayed the night before at the historic Royal York Hotel across the street.

The hotel’s Library Bar in now our headquarters for planning world domination or at least a revival of travel by airship. They make a mean grapefruit vodka cocktail. I had one and it must have been a double, I quickly spilled my guts about the terrible relationship I just ended 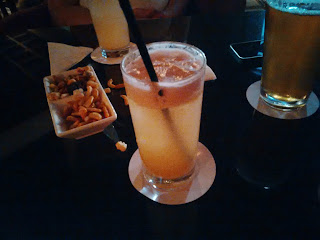 For me there was no awkwardness, we were old friends....well we were even though we had never met outside the bounds of communication technology. I felt absolutely comfortable in her presence, Saturday night after a trip to the Falls and Niagara on the Lake we watched the Candy Darling documentary and stayed up till well past three am talking about everything.

Sunday morning we were to leave to visit Alice’s super cool cottage in Huntsville, I spent the morning rushing around getting ready while fighting back tears. At the time I was at a loss for my emotional state. I believe now that I was upset by the prospect of facing childhood demons and that the first half of Cass’s trip was over and yes she would eventually have to leave. I wanted Her and Alice to live in the same town as me, no make that on the same street, so we could hang out all the time. 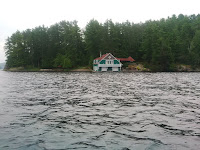 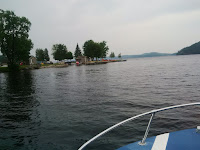 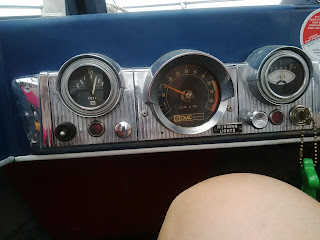 When Alice and I said goodbye to Cass at Pearson airport I was glad I had my emotional melt down the day before. Still it was hard not to get chocked up. After I picked up my car from airport parking, Alice was kind enough to wait out rush hour traffic with me over coffee, otherwise I might had cried all the way home. Damn hormones....

The good news is that a return engagement is planned for October-November, stay tuned.